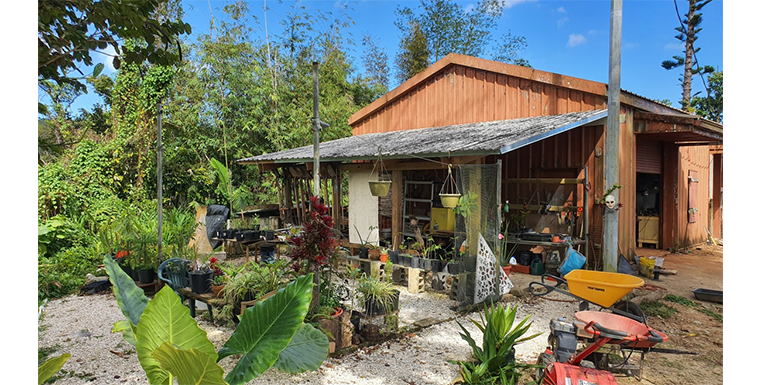 Hurricane Maria devastated the Las Casas de la Selva homestead including two tree nurseries. 3t lost nearly 2,000 tree seedlings and saplings in the hurricane, a soul-destroying loss of many years work. The creation of a new nursery was the great healing of 2019. Many collaborations with volunteer groups, and a collaborative plant project were terminated as the project struggled to survive 9 months without electricity, and a compromised homestead and road. In the hours before the hurricane, as she watched internet images of Maria heading to the island, 3t saved a few dozen critically endangered endemic trees, and dug out some that had been freshly planted out, and secured them in the workshop, along with everything else necessary to save. The workshop had survived Hugo and Georges. It survived the eye of Category 4/5 Maria. Sadly much else was lost. See short movie below.

Images from 2019 volunteer work on the new Tree Nursery. Thank you everyone who has helped us with this project. Special thanks to architect David Henebry, who directed volunteers, designed and built the hurricane-proof roof, Chris D. Miller for all his labor, Greenheart Travel who helped weed-cloth the ground, and gravel it, & Globalworks, who helped mix and pour the concrete floor. As well, to the individual volunteers who helped, we salute you all.

We are still dealing with the aftermath of Hurricane Maria, and we need help. Please let us know if you can help by making a donation towards our work in the rainforest. Thank you! 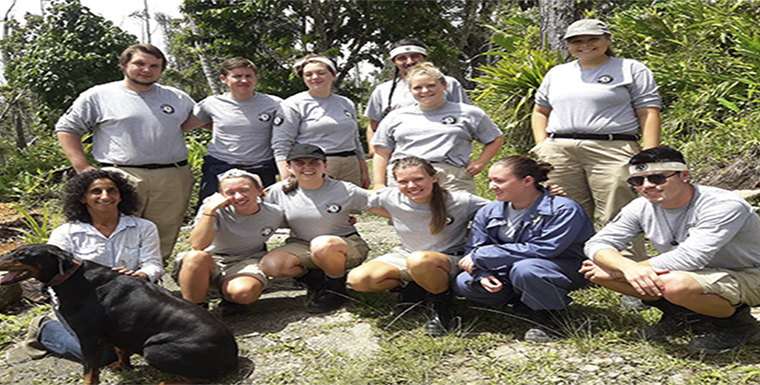 Since June 2018 many Americorps youth in Puerto Rico, chose to come to Las Casas on their volunteer days. The tasks at the project, led by 3t, are always hard labor, but fun. The mountain breeze, along with the cold mountain water, and terrific views, make it a hard-to-resist location!

These wonderful teams have helped with all manner of tasks including clearing debris, gardening, digging out landslides, digging drainage ditches, bridge repair, general construction, and helping with main drive maintenance. We are really appreciative of the service ethic that these folks have demonstrated.

Americorps youth (who are here in Puerto Rico working with FEMA on hurricane relief), continue to volunteer at Las Casas in 2019. Thank you very much for your service!

All images by 3t Vakil
https://www.nationalservice.gov/programs/americorps/what-americorps 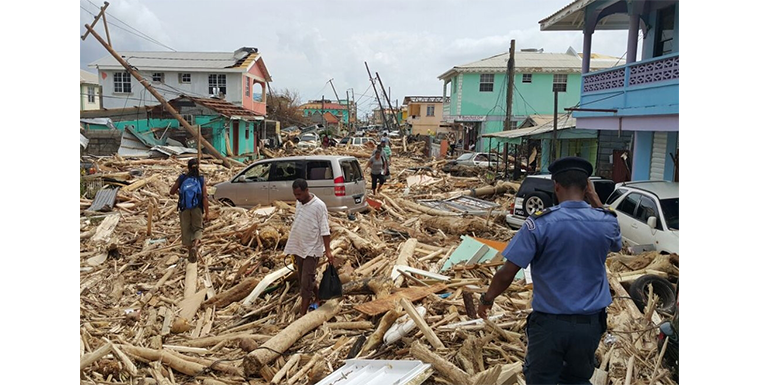 Hurricane Maria made landfall in Puerto Rico as a Category 4 storm on the morning of 20th September, 2017, bringing winds at about 160 mph to an island that dodged the worst of Hurricane Irma’s destructive power only a few weeks previous. Tropic Ventures Sustainable Forestry and Rainforest Enrichment Project established 35 years ago, by the Institute of Ecotechnics in Puerto Rico, lay directly in her path.

Project Directors, Thrity (3t) Vakil and Andrés Rúa took shelter in the concrete bunker on the homestead, to emerge into a completely altered reality, a transformed world.

This is 3t’s visual story of the impact of Hurricane Maria on the rainforest project in Patillas, on the land known as Las Casas de la Selva, south east Puerto Rico.

Use headphones to appreciate the soundscape by Andrés Rúa.

Keep checking in on our Facebook page for current updates: https://www.facebook.com/eyeontherainforest/ 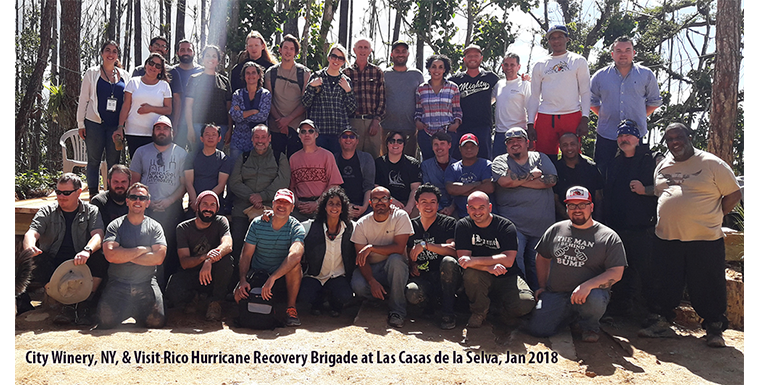 In January 2018, Camille Collazo and her team at Visit Rico organized donations to projects in Puerto Rico and a spectacular event help to several farms in Puerto Rico. Teams of 30 people from City Winery descended on these places for a day and helped with debris removal from Hurricanes Irma and Maria. Las Casas was chosen as a site to build a stage to have a gourmet dining and music experience. We milled our own fallen pine, and in one day a stage was built. The day was an energetic movement that words cannot describe, bringing much needed help to devastated areas at the Las Casas homestead.

The Visit Rico initiative received support from the Foundation for Puerto Rico, the Segarra Boerman Foundation, the non-profit organization Slow Food, PRxPR and private entities such as Para La Naturaleza and Microjuris. There were fundraisers with Cape Cod Farm, Gramercy Tavern with Chef Juan José, El Boricuá Fund in Minnesota and Crazy Legs from Rock Steady for Life. In addition, Farmer’s Markets outside of Puerto Rico expressed their solidarity with the cause.

Institute of Ecotechnics directors, Marie Harding & Freddy Dempster visited and were a huge help in all areas. Freddy set-up an LED light-system in all the communal areas of the homestead, and life has been upgraded immensely. Las Casas de la Selva, in the mountains will not get electricity for many more months.

Here is a lively video of the story by Forbes Magazine:
https://www.forbes.com/sites/bdoherty/2018/02/13/icons-of-impact-city-winery-helps-rebuild-puerto-rico/#1bd8ab991df7

And a great write-up:
https://www.foodandwine.com/travel/puerto-rico-relief-city-winery-dinner-concert

Thank you to all the volunteers who really worked hard, in the pouring rain, to set-up the stage area and footings, including: 3t, Andrés, Andrés Rúa Senior, Ramon Rúa, Axel Rúa, Kai Griebenow, Vanessa Acevedo, and Juanita Gonzalez. 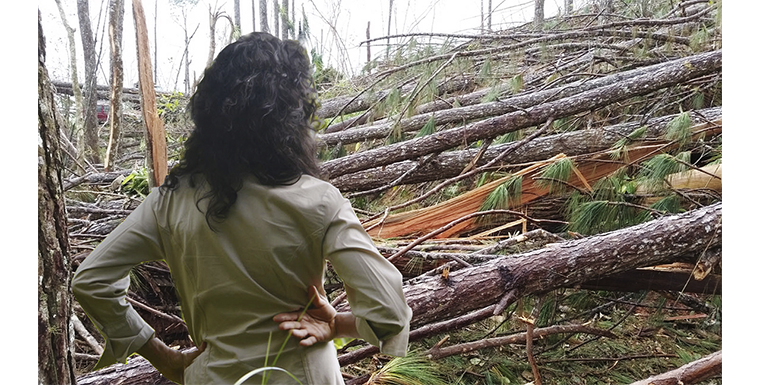 HELP US rescue the wood from fallen trees after Hurricane Maria

Friends around the planet! Hurricane Maria devastated the island of Puerto Rico. All around us there are fallen trees of valuable hardwoods. We cannot allow these tree trunks to be dumped into landfill or chipped into small pieces. Help us raise the funds needed to begin the process of dealing with the situation.

The road in front of us is long and hard, but we must be responsible for our futures and create sustainable living on this small island of Puerto Rico, in every way possible. If you feel helpless right now, here is one way to help relief efforts, by helping us to save tree trunks from the debris and to mill the wood for use.

Puerto Rico Hardwoods (PRH),maintains that sustainability must start with minimization of waste, and intelligent use of local resources rather than contributing to the devastation of forests in other countries.

As many of you know, PRH was created and developed by Andrés Rúa and Thrity Vakil. As founders and former directors of the Agroforestry Development Advisory Council (CADA), Rúa and Vakil’s broader vision is to promote sustainable forestry on the island, and to reduce the vegetative waste going to landfill. They are both current Directors of Tropic Ventures Sustainable Forestry and Rainforest Enrichment Project in Patillas, Puerto Rico, established 30 years ago by The Institute of Ecotechnics.

Thank you for your support. We cannot do it without you.