In 2012 Norman Greenhawk was honored by Earthwatch with a Neville Schulman Award. The award is given for the training of emerging environmental leaders. For the award, Norman submitted a proposal: “Herpetological Conservation in the Neo-Tropics: An Interdisciplinary Approach”, and he is currently two and a half months into his seven month sabbatical.

June 2013: Above: Norman Greenhawk with Nahir Tejada in the PARC (Panama Amphibian Rescue and Conservation Project) quarantine room, located at Summit Zoological and Botanical Park in Panama. The frogs are being stored here in temporary housing as the project finalizes it’s relocation to the new facility in the nearby community of Gamboa. Every day, over 150 plastic tanks of frogs have to be cleaned and the frogs have to be provided with fresh water and food. Norman is holding an Atelopus limosus and Nahir holds an Atelopus glyphus. Collectively, members of the genus Atelopus are known as “Harlequin frogs”, and are highly susceptible to the Chytrid fungus that is decimating frog populations worldwide. The goal of PARC is to preserve a genetically diverse breeding population in captivity in the event that these species go extinct in the wild, as the Panamanian Golden Frog (Atelopus zeteki) is currently.

He has spent a month at La MICA Biological Field Station in El Cope, Panama. He has worked with Dr. Julie Ray, a specialist of Panamanian snakes and has also interviewed citizens of the rural barrio of Barrigon about their attitudes and beliefs about snakes. His time in Panama will end with a stint at the Panamanian Amphibian Rescue and Conservation Project (PARC), which partners with the Smithsonian Tropical Research Institute. PARC is a captive breeding program dedicated to preserving genetically diverse populations of Atelopus frogs, a genus of frogs that are highly susceptible to the Chytrid fungus, a disease currently wiping out populations of amphibians all over the world. While working at PARC, he is continuing his interviews of local and indigenous peoples, focusing on beliefs about reptiles and amphibians in general, as well as perceptions about conservation organizations.

Norman also has had an opportunity to conduct a very sobering interview that helps showcase why he is so focused on community outreach and partnership. On May 30th, Jairo Mora Sandoval, a Costa Rican sea turtle conservationist, was murdered by poachers who were angered at his efforts to attract the attention of police to a huge illegal turtle harvest. By chance, a former Las Casas volunteer was working with Jairo’s group when the murder occurred. He met with Norman and shared his story of what happened; Jairo was a young man, 26 years old. The night before his murder, he spoke of wanting to propose to his girlfriend. He was well liked by the community, and even by many of the local poachers. Such examples of violence are extreme, but not unheard of. Norman hopes that his continued outreach to communities around each of the conservation projects he is working at will help in some small way to prevent future tragedies such as this- on July 3rd, Norman flies to Belize to work with a crocodile sanctuary that was burned to the ground two years ago by Maya Indians who erroneously thought that two village children had been eaten by the crocodiles. We wish the best for Norman on his intrepid explorations! 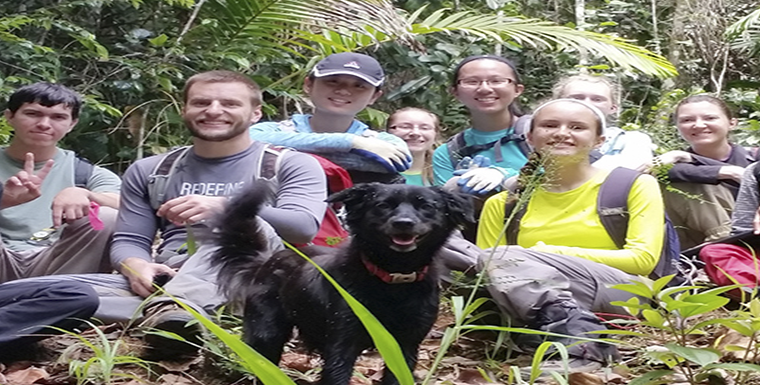 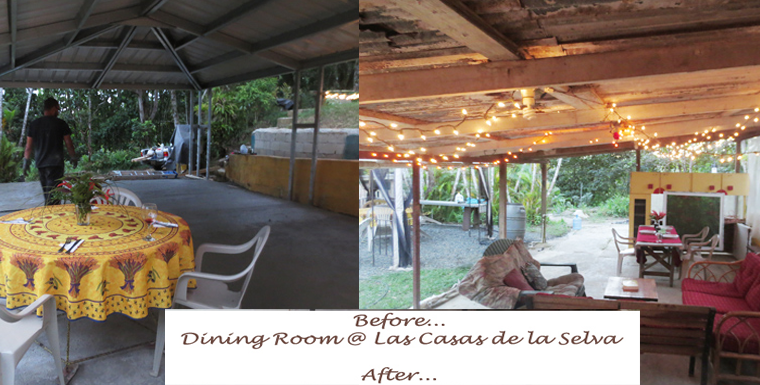 Wow! Upgrade to the dining room!